Connie Andrea is a bestselling author, A Course In Miracles Teacher, Manifesting Coach, and an expert on success principles for living a happy, abundant, and joyful life.

“To let life happen to you is irresponsible. To create your day is your divine right.” ― Ramtha 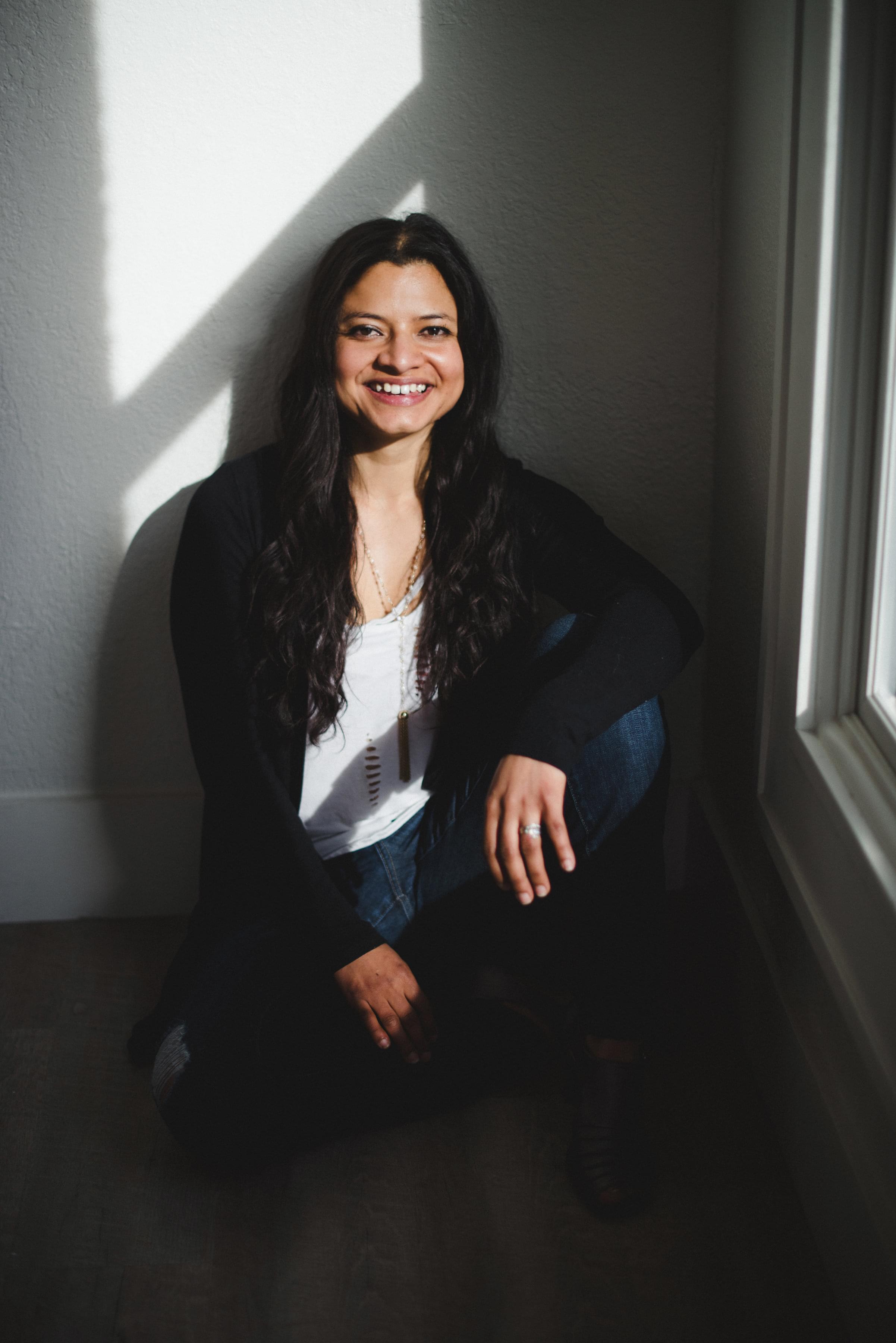 I quit drugs in 2011 (narcotics to be exact) and it was utterly miserable. I loved being high. Without drugs, my life was boring, depressing, and my 6 x 6 cubicle from hell was sucking the life out of me.

My journey to manifesting started when I quit drugs and realized that life felt awful. Life was boring and all there was to it was work, watching tv on the couch, and stuffing my face. That's all there was. Not only was I using drugs to numb the mental and emotional pain I lived in from when I was abused as a child, but I used them to numb a life that I hated.
People talk about manifesting as if it's so easy. And it is. For some. But when you've gone though trauma and lived a life of pain and suffering, creating a life you love doesn't seem possible.

My mission is to use my past traumas to show you that even if someone like me, who went through hell and back, can manifest a life that I actually want to live...so can you.
My father destroyed my past, but I don't have to let him destroy my present and future. At some point, we all have to realize that we're going to die, and we need to start living. We need to do whatever we can to wake up, each day, feeling excited and full of joy for our life. We need to do more than just survive and "get through the day." That's not living. Why should the traumas and pain that we went through keep us from living a good life? Why?
We have suffered enough and it's time for us to transform that pain into something good. That's why I'm here. To share with you the same success manifesting principles that helped me consciously create a life worth living.
I teach these manifesting success principles because our past sucked. We can't change that, but I don't want our past to rob us of our present and future.

Who Am I To Teach You About Success & Manifesting?

When I was 16, I held a knife in my hand, and a bottle of whiskey in the other, while I debated the best way to kill myself. Slice my wrists? Stab myself in the heart?


I was about to attempt my second suicide and needed the liquid courage.
As a child, I was sexually abused and beaten for over 10 years by my father and stepmother. My first suicide attempt was at age 9, 16 was my second. But the second time, as I was debating where to stab myself that would kill me quickly without suffering too much pain, I heard a voice inside my head say, “just hang on. If you can be strong and hang on for a little while longer, you will live the life of your dreams.” It scared the living shit out of me. I thought I was going crazy or that maybe the alcohol had gotten to me. But at the same time, I became obsessed. Obsessed with the possibility that maybe, just MAYBE, there was some higher power out there.
Ever since, I’ve been on a journey to figuring out who that voice was.
For the longest time, I didn’t realize that the voice, was really my Highest Self. The part of me that is connected to Source/God/Universe/Guidance whatever you want to call it. I use all those terms interchangeably. I always thought that if I ever heard God’s voice, it would be this deep, booming, Morgan Freeman style of voice. Can you relate?
Of course, I’m very well aware of what “it” was now, but that was the pivotal moment that really sent me on my journey to becoming a conscious creator.
As the years progressed and my manifestations became stronger, faster, and easier, I felt called to share with others my teachings. I denied this calling for a long time, until recently, when in my meditation, Guidance made it clear that it’s time. It’s time for me to share with the world, that if someone like me, who has a history of suicide, depression, drugs, abuse and so much more, can turn their life around and become this joyful and loving being who consciously creates her life….they (you) can too.
My life has been far from perfect. I’ve never had it easy. Until now. I've been studying the laws of manifesting and success principles for 10 years, but it wasn't until the past 5 years that I've mastered them and been able to create an entirely new reality. I really love my life! I love being a successful, mom, with a great income, awesome friends, a fulfilling career, and a loving relationship. I’ve healed my traumas, I’ve let go of my victim mentality, I’ve upgraded my life and now I live a first-class life.
I’ve gone through REAL suffering. The hell that I went through as a child and young adult, turned out to be a blessing as an author and coach. As a coach, I have so much compassion for whatever you may be feeling and going through, because I've gone through something similar. And so here I am, using my past, the obstacles I had to overcome, to show you that you too, can be a TRUE success and manifest the life of your dreams.

I've been teaching my manifesting success principles for years now, and it is impossible for me to work with everyone, one on one. I have taken the best of the best and compiled it into my book and journal called, "Become A Master Attractor."
I 100% credit my amazing life to the simple, yet super effective morning manifesting ritual that I teach inside this book.
Inside The Become A Master Attractor Book, I will teach you my ultra powerful tool that will help you release any anxiety, negativity, fear, and worries, so you can become free to align with your dreams.

Once you are free, that alignment comes quickly, and the manifestation that you desire is not far behind.
Learn More About My daily attraction ritual
A few personal things...
People always want to know personal things. I don't take a ton of pictures of myself because...I don't want to. But I do share my life on Instagram and Facebook. I believe in creating a rock solid community of like-minded people. You are welcome to follow me on Instagram & friend me on Facebook, and hopefully, the content I share just inspires and motivates you to stay on this manifesting path. This is a great place to be. It is your place of POWER. Being devoted to mastering your manifesting skills means more good will come into your life, and you can then use that good to help better this world. Like I always say, "we save the world, by saving ourselves first."
Friend Me On Facebook
Let's be friends
Follow Me On Instagram
Follow Now
Updates & Tidbits
© CONNIEANDREAJOY.COM |    All Rights Reserved    |    Terms & Conditions    |    SITE BY CONNIE ANDREA